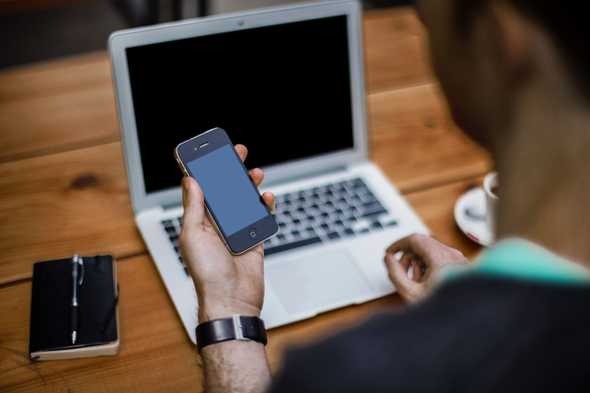 Ever since the smartphone arrived in our hands, people everywhere have been utterly entranced by them. Spending never more than a moment without being bathed in white digital light.

I consider myself in that crowd. But recently I have been more inclined to try and spend time on my phone in a more purposeful manner. I found that I was just scrolling endlessly on various apps just to avoid doing other things — as a form of procrastination. I’m not a maverick to the extent that I will abandon a smartphone entirely and resort to a Nokia 3310 or carrier pigeon but I did “refactor” my phone. And in doing so found a few helpful points which may help others do the same.

I treat my phone as my virtual desk and although it has long been touted that genius’ generally prefer their desks messy, to the vast majority of people, order and tidiness is preferred. In this way, be mindful about organising your home screen in a way that is conducive to things you want to accomplish and deters from things you don’t want to get distracted by.

Many will say to completely delete distracting apps. Generally, social media and/or games are a way to relax on the train home or perhaps to scroll through whilst waiting in line and so deleting them seems like a step too far. As a solution to this, you can put “distracting” apps on the second page of a folder.

For example, have a social media folder that on the first page has just LinkedIn. On the second page of that folder, is Instagram, Twitter, Snapchat and more. Not only does this mean it takes an extra action to access these distracting apps, but also keeps the screen less busy; Every app prefers a different color theme, Twitter is blue, Snapchat is yellow and Instagram, like a child trying to pick which ice cream they want, went for a loud 3 color gradient. Keeping these out of sight keeps your phone a more serene place.

In line with this “less busy” theme, I have found simple two-color linear gradient backgrounds particularly helpful. I found single colors too boring but a gradient gave it that little extra twist. Further, the menu bar (or whatever you call the bar at the top of the screen) was a particular source of chaos. This was solved this by removed the battery percentage so that it is only icons on my menu bar — again giving it an air of peace and serenity.

The plethora of large red badges that just beg you to click on them are seldom left untouched. I removed all of these with two exceptions, my unread email count and the Todoist tasks I have due for the day.

Out of sight, out of mind — proverb

Without a doubt, one of the most useful features you can activate on your phone is automated Do not disturb. As a programmer, I like this automated. Therefore, I have it configured to turn on my do not disturb between 10 pm and 6 am. This means I am not distracted by incoming emails or other messages as I am winding down for bed.

Before bed, it is optimal to ensure your phone has blue light shifted such as Night shift (iOS) or Twilight (Android). The science on it’s benefits to sleep are sketchy at best but from personal experience, it does reduce strain on my eyes compared to staring at a blue screen. When you’re used to a bright blue display, you don’t know any different. But trying to go back is impossible for me now.

In my quest for a more peaceful digital experience, I stumbled across a tool called Moment. It’s an app that tracks your phone usage. It works by looking at your battery usage, which you are asked to screenshot each week. The photos are then automatically scanned by the app. As you may already know, I’m a huge fan of making data-driven decisions and believed this was a great way to gain some insight into how I am using my phone. Because I have only been using this for the past month, the data set is fairly limited and I think I have some false positives from leaving my phone unlocked and listening to audio from Youtube (I have yet to configure the excluded apps list). Nonetheless, over time this will build into a substantial data set I can draw sensible conclusions from. It will unlock answers to questions such as “What apps do I go to first when I unlock my phone?” and “What percentage of my time is taken up by social media in my 8-hour workday?”. Questions like these lead to inherently biased answers when asking one’s own self — because we all want to seem like a good person. Consider the “I am a better driver than you” experiment and it quickly becomes apparent that we are not good judges of our own character. Automated applications will allow you to quickly gain insights and patterns you would never be able to see.

The final conclusion I came to with all of these apps and settings is that ultimately I needed to be more mindful of the purpose I had each time I went for my phone. I never considered my phone usage an issue; More that I could be using the time more effectively. Thinking about the task you want to accomplish will enable you to have a clearer vision of how achieve that objective. It doesn’t always have to be productive. Sometimes, the purpose of unlocking your phone will be to have a mindless scroll down the DailyMail app (a guilty pleasure of mine that is so mind-numbing they have started using it as an anaesthetic in some hospitals). Other times it will be to add a new task to your todo list. In any case, it’s fine. Just have something.

Do you have any other tips for achieving zen in the busy world of devices we now have? Comment below or tweet me @joshghent